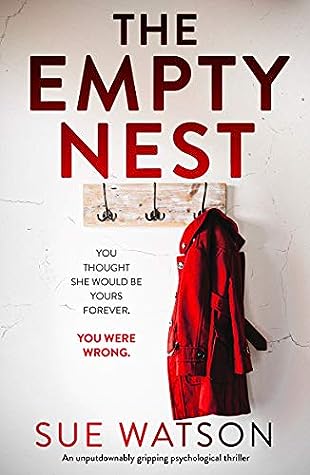 Ever since the popularity of Gone Girl and the likes, the number of books tagged with the genre of psychological thriller has increased exponentially. Some do justice to this tag, while some just want that tag to gain attention. I am afraid this book belongs to the latter category.

A teenage girl, a helicopter mom, a laid back stepfather, an abusive biological father who is forced to stay out of the girl’s life are some of the elements that make up this thriller. One fine day, the girl goes missing and nobody believes the mother that she is actually missing until it is too late. Cops go on a goose chase while the mother takes help from her daughter’s friends to start a social media driven chase of her own. A cursory visit from the biological father hopes to increase the suspense factor, but doesn’t really achieve that.

My main disappointment with the book was the disconnect with the characters. The author tries hard to give the characters flesh and blood, but in the end, they are just left with two dimensions and never bloom into full fledged personalities. I am supposed to sympathize with the mother for her fear and anxiety over losing her daughter, but I found myself getting frustrated at her long winded, oft repeated arguments. The center of this story – the girl who goes missing – is so poorly developed that even after finishing the book, I still cannot make out if she was mean or kind to her friend, did she hate her mom for being over protective or was she understood why her mother was like that.

Leaving aside the psychological aspect of the thriller, the book disappoints on the thriller factor too. There aren’t many twists or turns, the whodunnit is not suspenseful enough and when the culprit is revealed, it is not really a shocker.

I picked this up after reading positive reviews on Goodreads. Neither the story, nor the characters created an impact and I was left with disappointment. Counting the positives – atleast the book was small and I finished it fast, so not much time wasted.

2 Responses to “The Empty Nest”

« A Woman in Berlin: Eight Weeks in the Conquered City: A Diary
Verity by Colleen Hoover »
%d bloggers like this: